Anderson Cooper, the Emmy- and Peabody Award-winning primetime anchor at CNN, will be the recipient of the 2018 Walter Cronkite Award for Excellence in Journalism, Arizona State University announced Monday.

Cooper, the anchor of CNN’s “Anderson Cooper 360” and a correspondent for “60 Minutes” on CBS, will receive the 35th award given by the Walter Cronkite School of Journalism and Mass Communication at a luncheon ceremony Wednesday, Oct. 17, at the Sheraton Grand in Phoenix. The award recognizes distinguished journalists who embody the values of the school’s namesake.

“I’m so honored and humbled to accept the Walter Cronkite Award for Excellence in Journalism,” Cooper said. “I’m proud to honor Mr. Cronkite’s legacy. He sparked my interest in journalism at a young age and remains a guiding star for generations of journalists.”

Cooper, who has reported live from more than 40 countries since his journalism career began in 1992, has earned a reputation as one of television’s leading journalists, having won 13 Emmys. 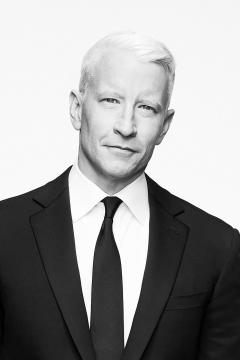 Cooper’s award-winning coverage at CNN has included on-the-ground reporting of major natural disasters. He won two Emmy awards for his reporting on the Haiti earthquake in 2011. He also helped lead CNN’s Peabody Award-winning coverage of Hurricane Katrina in 2005. And in 2004, he worked on prime-time specials on the Indian Ocean tsunami, which won an Alfred I. duPont-Columbia University Award.

As a regular contributor to “60 Minutes” since 2006, he reported on Congo’s civil war in 2008 as well as the dire conditions of coral reefs near Cuba in 2011, for which he won an Edward R. Murrow Award.

Cooper, who joined CNN shortly after the Sept. 11 attacks, plays a key role in the network’s political and election coverage, anchoring from the national political conventions and serving as moderator during several presidential primary debates and town halls. In 2016, Cooper was selected by the Committee on Presidential Debates to co-moderate one of three debates between Donald Trump and Hillary Clinton.

Since the launch of “Anderson Cooper 360” in 2005, Cooper has covered presidential inaugurations; the Newtown, Connecticut, school shooting; Republican and Democratic National Conventions; uprisings in the Middle East and the aftermaths of earthquakes in Haiti and Japan. He traveled around the world in 2007 and 2008 for “Planet in Peril,” a documentary about issues threatening the planet.

Cooper previously was an ABC News correspondent from 1995-2000, where he served as anchor of ABC’s overnight newscast, “World News Now.” He also was a correspondent for “World News Tonight” as well as “20/20.” He joined ABC from Channel One News, a school television network seen daily in more than 12,000 classrooms nationwide.

A best-selling author, Cooper’s 2016 novel, “The Rainbow Comes and Goes: A Mother and Son on Life, Love, and Loss,” chronicled his correspondence with his mother, Gloria Vanderbilt. The book debuted atop the New York Times best-sellers list, where it remained for three months. His first book, “Dispatches from the Edge: A Memoir of Wars, Disaster, and Survival,” published in 2006, also topped the New York Times best-sellers list.

Cooper graduated from Yale University in 1989 with a Bachelor of Arts degree in political science. He also studied Vietnamese at the University of Hanoi.

“Like Walter Cronkite, Anderson Cooper’s on-the-ground reporting has brought important global issues closer to home,” said Cronkite School Dean Christopher Callahan. “He is a model for our students, and we look forward to honoring him with Walter’s award.”

The Cronkite School, named in Cronkite’s honor in 1984, prepares the next generation of journalists in both the time-honored fundamentals embraced by Cronkite and the skills necessary to thrive as journalists in the digital age.

Housed in a state-of-the-art media complex in downtown Phoenix, the school has been featured in The New York Times, The Times of London and USA Today as a leader in 21st-century journalism education and innovation.

The Cronkite School is also the home of Arizona PBS, which serves as a journalistic teaching hospital for hundreds of students who work under 15 full-time faculty in professional programs that include a nightly television news broadcast on Arizona PBS, digital reporting bureaus in Phoenix, Washington and Los Angeles, business and borderlands reporting bureaus, an entrepreneurial digital innovation lab, a digital production desk, an audience engagement lab and the Carnegie-Knight News21 investigative reporting program.