The institute was set up with the direct involvement of Xi Jinping, president of China, and the decision to nominate Wilczek was made at the government level.

Tsung-Dao Lee Institute will be the first institution built at a new Science City, located centrally in the Pudong area between downtown and Pudong airport. The total area of Science City is 94 square kilometers, and it will eventually contain eight research facilities. The institute aims to be a world-leading center for pure science and will have both theoretical activities and experimental activities. It will conduct public outreach and pursue technological ventures, which include public lectures, summer schools, and science, art and interdisciplinary ventures.

At the inauguration event, Zhongqin Lin, president of Shanghai Jiao Tong University, discussed the future opportunities and national level goals of the university: “This is one of the most exciting developments in China,” he said.

The birth of the institution began when Tsung-Dao Lee donated his archives — including a Nobel medal — to Shanghai Jiao Tong University from 2009 to 2012. In 2014, he wrote a personal letter to President Xi and proposed a creation of a unique scientific institution in Shanghai. The inauguration of Tsung-Dao Lee Institute took place on Nov. 28, 2016, with encouragement and support from President Xi.

Wilczek is also chief scientist at the Wilczek Quantum Center, a theory group at Shanghai Jiao Tong University, which is aligned with (but independent of) Tsung-Dao Lee Institute. 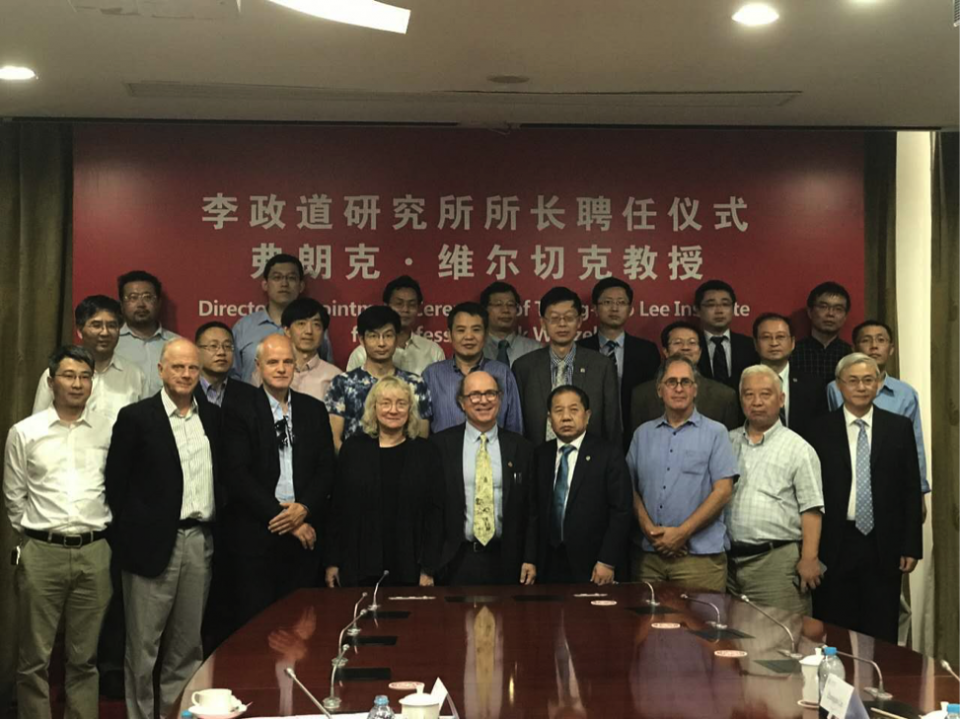 ASU Professor Frank Wilczek (center) at the inauguration ceremony of the Tsung-Dao Lee Institute, along with Professor Zhongqin Lin, president of Shanghai Jiao Tong University, and the team.